Unfortunately, due to Covid 19 restrictions the team has been forced to postpone field trials with vulnerable elder users in Ireland and Portugal, and have instead moved to further engage with caregivers to gather more feedback on our final offering. However, Swiss partner Akademie Berlingen had managed to complete its field trials prior to the lockdown enforcements and this blog post will give an overview of this process and some of their key outcomes.

Prior to field trials, in-house testing of hardware, software and interfaces were conducted. This was followed by pre-tests in Ireland and Switzerland. These pre-tests involved 5 x households with couples that met certain age criteria and had a basic technology affinity. Both parties were healthy and not in need of any special assistance. Pre-tests were important in identifying a number of technical issues that would need to be resolved before field trials could begin. For example, insufficient coverage with Swisscom LTE-NB in the Berlingen region led to the development of new Pycom boards by Uninova using LoRa as a fall back protocol. Following acceptable pre-tests, recruitment of participants for the field trials could begin. A number of pairs composed of one caregiver and one person with dementia were required for these trials. Akademie Berlingen has access to a wide network from which to source candidates, including 2,000 private household with residents aged 60+ and 600 care institutions. Prior to inclusion, participants had to correspond to certain inclusion (e.g. needs assistance) and exclusion criteria (e.g. unstable medical condition) as well as signing an Informed Consent form. Additionally, the application of a Mini Mental State Exam (MMSE) ensured that participants with dementia had either mild or moderate (but not severe) symptoms.

The field trials were designed to test 2 x different types of hardware, which were belt clips and in-soles, as well as the Carelink platform. Key features of the latter include registration and onboarding of caregivers and persons with dementia, establishing safe zones, geo tracking and alert notifications. The trials were designed to assess usability, accessibility and user satisfaction with use of well recognised methodologies uses such as the Systems usability Scale and the Questionnaire on Technology Acceptance based on Unified Theory of Acceptance and Use of Technology (UTAUT). Support for participants before and during the trial included an initial face-to-face meeting, clear information on start / end dates, tasks and usage guidelines, regular contact and completion interviews. The latter had to be conducted virtually as a result of the coronavirus pandemic.

In terms of results, direct insight was gained mostly from caregivers, although the actions of persons with dementia also yielded some useful information. 50% of the PWD participating hadmoderate symptoms and this presented some complications in gaining direct feedback from these individuals. Caregivers found registration to the Carelink platform and data entry very straight forward and self-explanatory. Accessibility and usability feedback was overall very positive with very readable fonts, logical dialogues and processes. Some support was needed to enable caregivers to specific safe zones on the map. There was resistance by caregivers to entering historic locations/ places of interest as all caregivers are focussed on the present and want to focus on current, actual routes. As a reminder, the historic routes can help with pattern recognition and predictive capabilities of the platform. The alerting function is viewed as highly valuable but must be reliable. From a device perspective there were intermittent functionality problems with 50% of the devices. Despite this, there was some quite positive feedback. There was a large amount of interest in the in-sole which was deemed to be novel and more attractive than the belt clip though acceptance of the latter grew once trialled. A useful suggestion was attachment via rollator to avoid the need to insert/ remove from different belts. Problems included the lack of visual charge indicators as well as the aesthetic appeal of the devices which admittedly are early prototypes. Further minimisation is deemed essential to acceptance. Overall there was no problems using the tracking functionality though some irregularity of tracking SMS notification was noted and needs to be verified. One insole broke during trial and it was noted that it had been worn a lot. Another device was destroyed as the wearer could not remember what it was for and that individual threw it out. A final item of really positive feedback relates to the fact that this solution is non-proprietary and that a micro-sim can be inserted in different devices. At this prototype stage there is quite a lot of positive feedback regarding the platform and the form. However, as expected, there are also some changes that would need to be made to the overall proposition to ensure widespread acceptance. Further tests will be conducted in Ireland and Portugal prior to a full evaluation of all of the user feedback, test and trial results. But as mentioned earlier, these are now confined to interviews with carers due to the current Covid-19 restrictions in these 2 countries. It is not possible, or even advisable, to have contact with vulnerable elder adults at this stage of the pandemic. 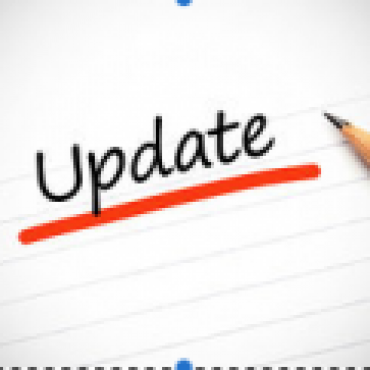